We have now been on the boat for nearly a month, for the first two weeks, we were not able to get out sailing as we have had high winds for the last two weeks. We have seen winds over 40 knots measured by our masthead wind speed indicator whilst still in the marina. This time was used to carry out many maintenance tasks including replacing the cooker before the old one poisoned us (it was giving off high levels of Carbon Monoxide. ) We have now sold our car so really are ready to start properly.

Last Saturday we had a visit from a some of our Small Group from St Paul’s Leamington Spa. It was great to catch up with them and they prayed the boater prayer with us.

The weather has improved dramatically this week and at the end of March it feels like summer (at least at midday) and we have finally ventured away from Gosport. We decided as a first trip we would go over to East Cowes on the Isle of Wight. We plan to spend a few days there. We still have a lot to learn and the every outing teaches us something new.

We had a good sail over to Cowes on Monday and practised anchoring Tuesday in Osborne Bay. The weather has been unseasonably warm and it was great to try anchoring and have lunch in Osborne Bay just off the beach Queen Victoria used to holiday at.

Sailing in the Solent 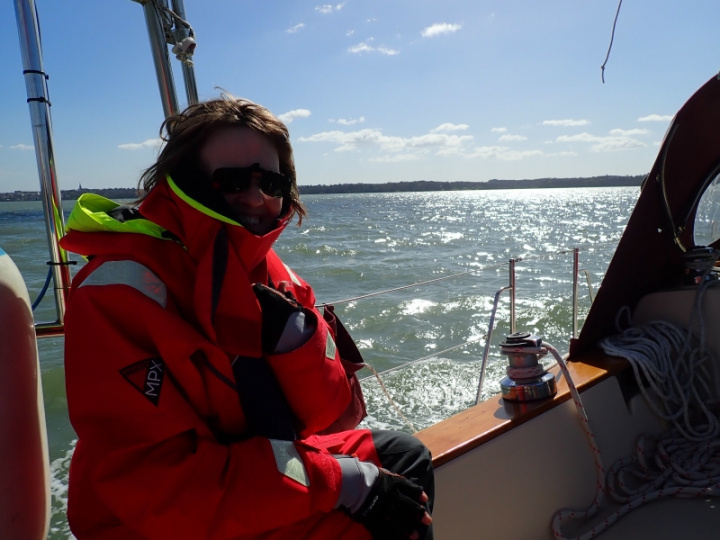