We have experienced the first big storm of the trip, “Storm Miguel”. Thankfully it was well forecast and we were safely in Pornic marina for the storm.

Unfortunately, we were reminded of the seas force and the need to respect its power. A lifeboat had launched from Les Sables-d’Olonne (some 40 miles south of Pornic) to rescue a fisherman who had gone out to sea in spite of the storm. The lifeboat capsized and three of the crew lost their lives, the fisherman is still missing although a body was recovered from the sea on the 16th June and is still to be identified.

This impacted the whole community on this coast and an SNSM flag was flying at half mast in Pornic. (SNSM is the French lifeboat service). We reminded of the bravery and dedication to duty lifeboat crew demonstrate worldwide.

We are in Les Sables-d’Olonne currently and have witnessed some of the tributes. 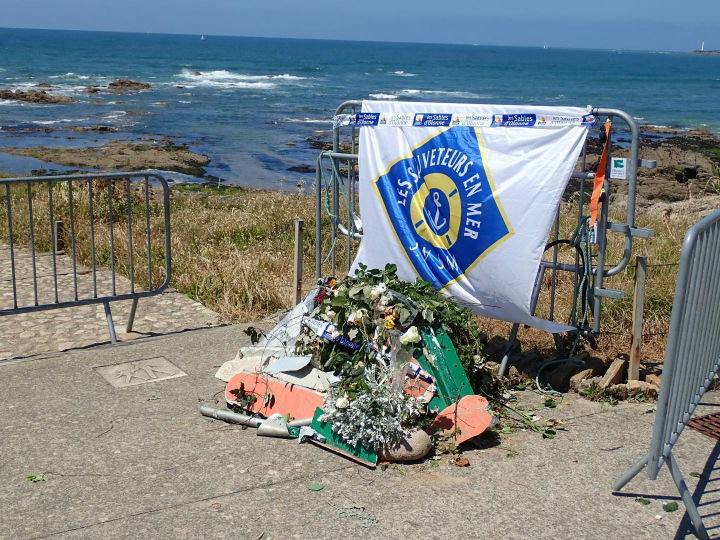 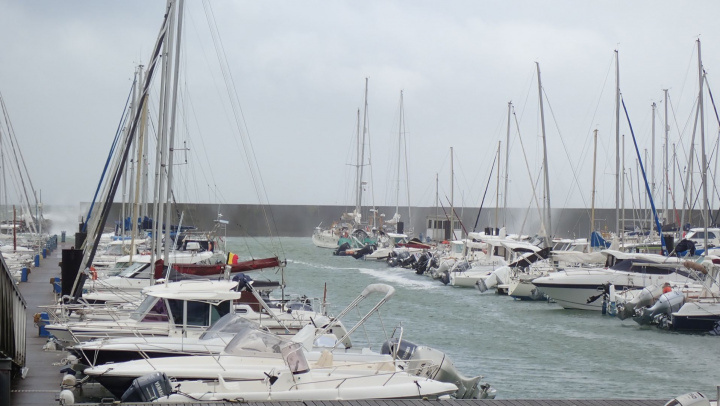 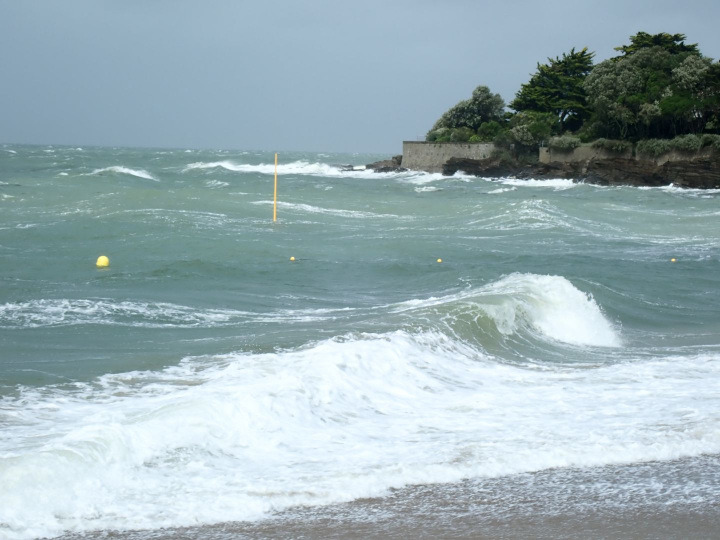 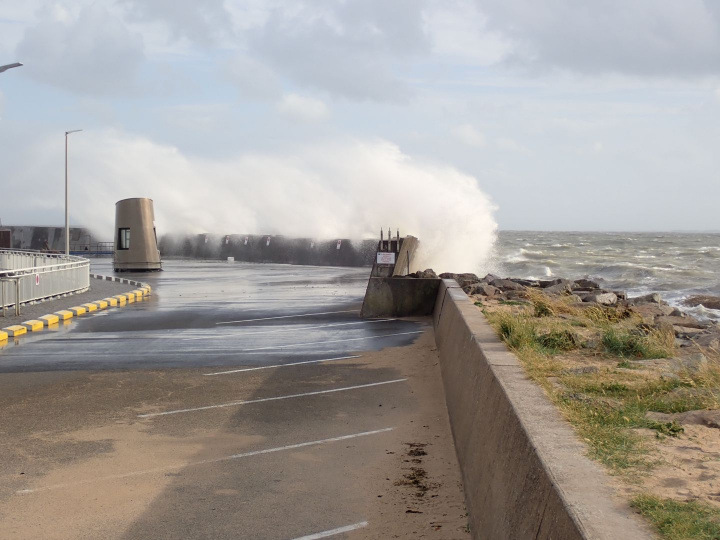 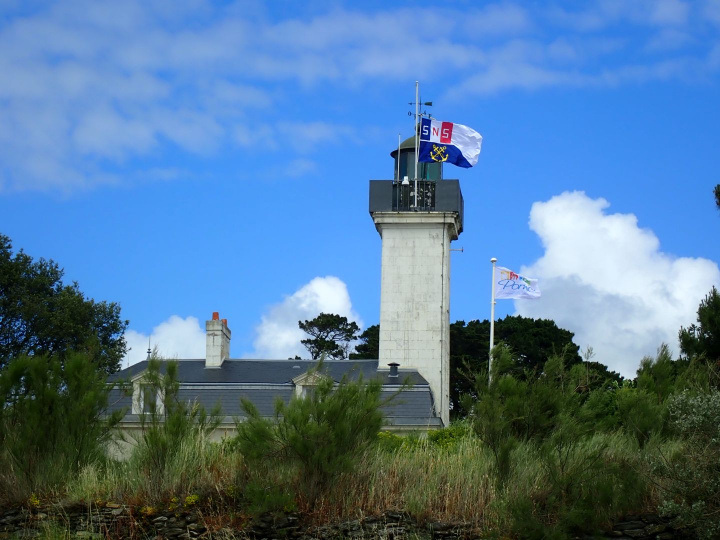 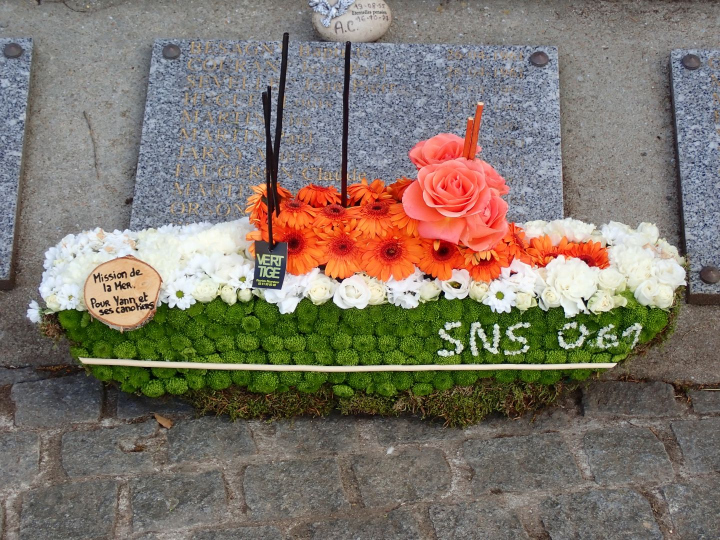 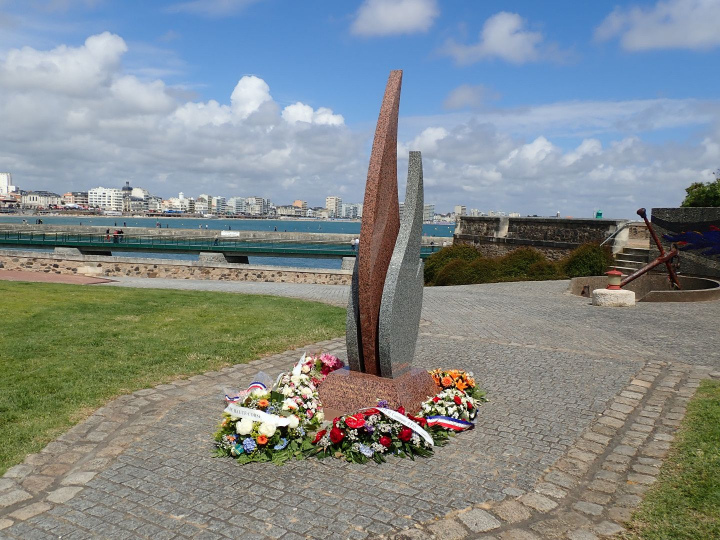 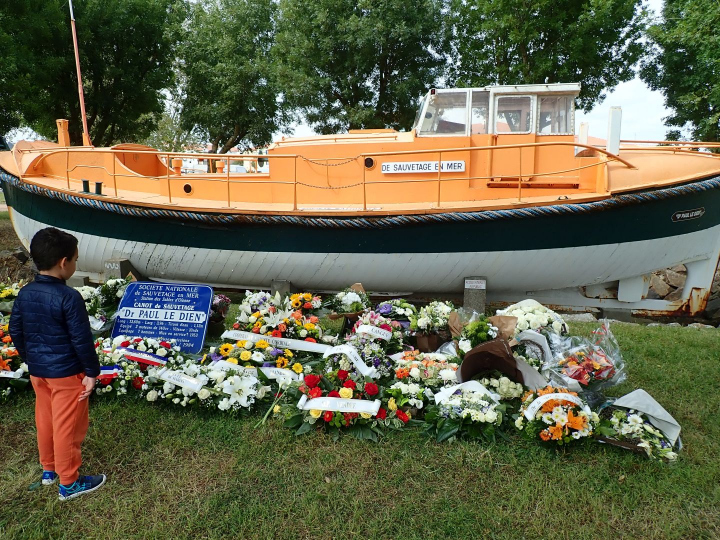 When we last updated our blog we had just arrived in Pornic, we intended to stay there for around three days but with the storm we stayed five nights. It was a good place to be for the storm as our berth was well protected and away from the breakwaters. The boat was still moving around and it was noisy, we watched a film on Friday and the TV was turned up to max just so we could hear the sound track. Boats moored closer to the entrance of the marina were really pitching up and down and it must have been very uncomfortable for those on board.

Pornic has an old fishing harbour and has long been a holiday destination for the French as evidenced by the large number of holiday homes.

Whilst we there we meet up with some friends from Chippenham who were cycling in the area and just happened to be in Pornic. We look forward to meeting others along the way.

From Pornic we sailed to an Island about 14 miles off the coast. There is something special about sailing to an island and we spent 4 nights there. We had a day of rain so stayed longer so we could walk some of the coastline of the island. The island is a popular holiday destination and many of the houses were holiday homes as in Pornic. The island has around 5000 inhabitants and most holidaymakers arrive by ferry as foot passengers so the island is quiet and has many bikes for rent. It is also an island of contrasts, rugged west coast and long sandy beaches on the east coast. 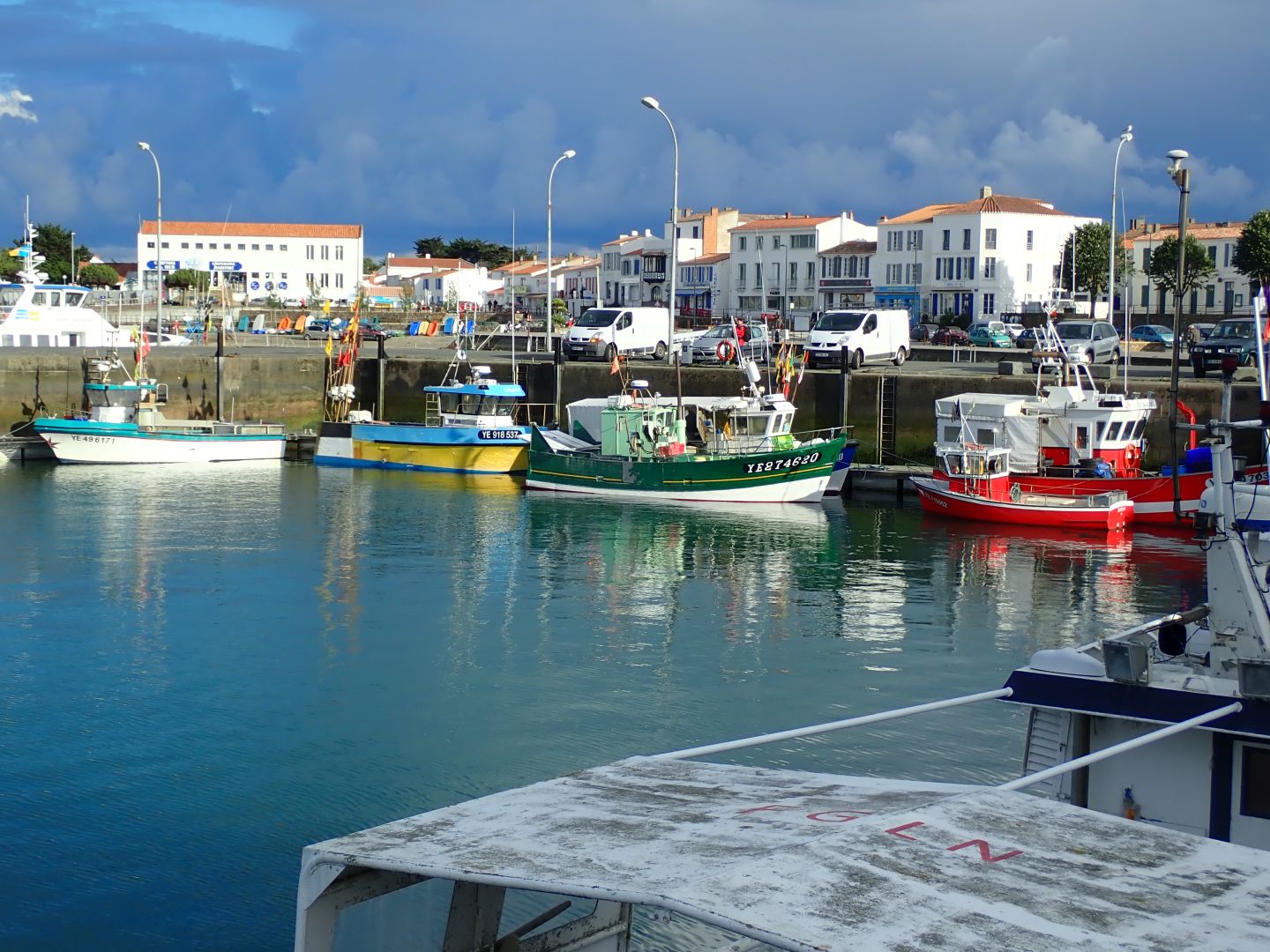 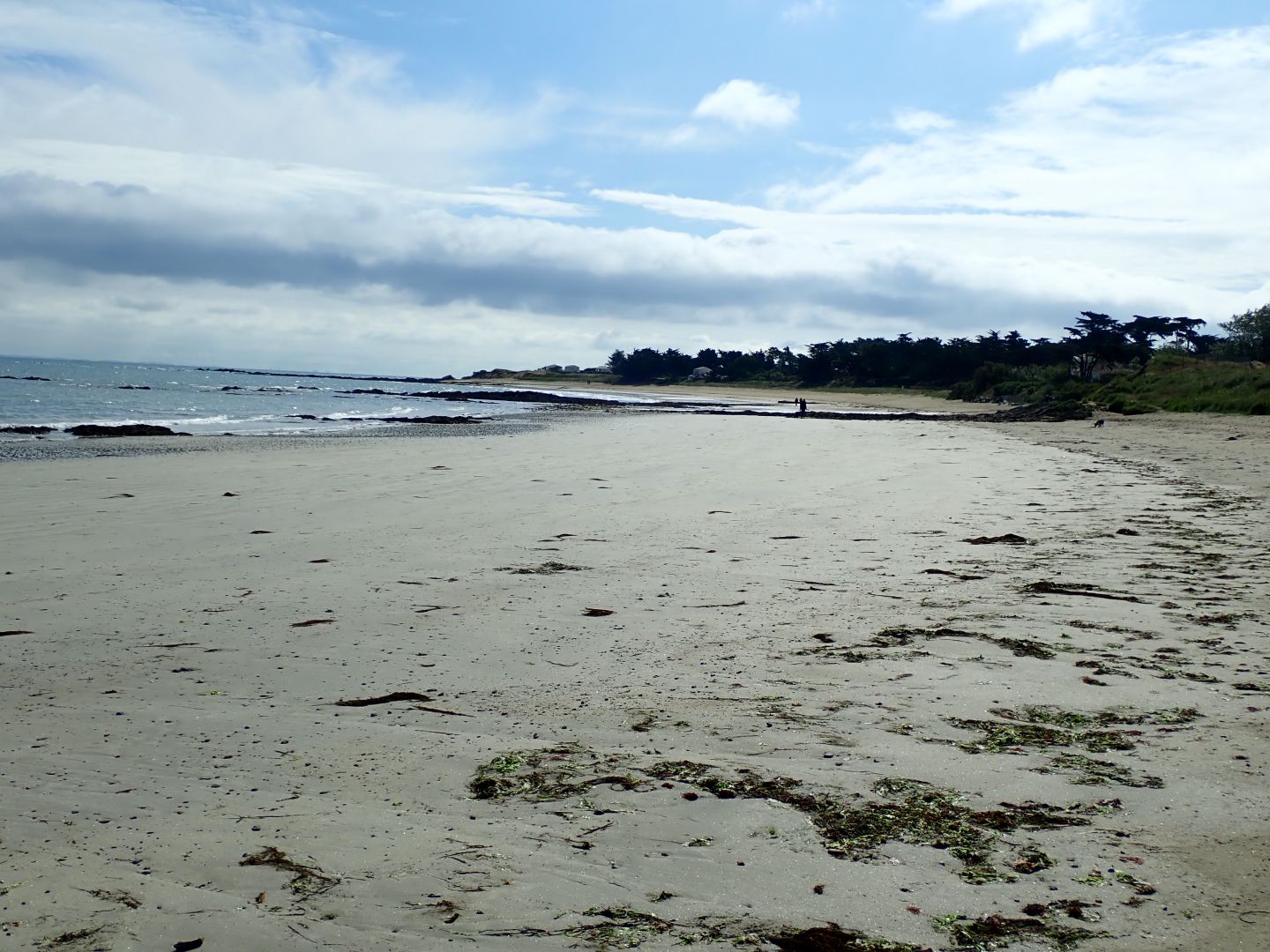 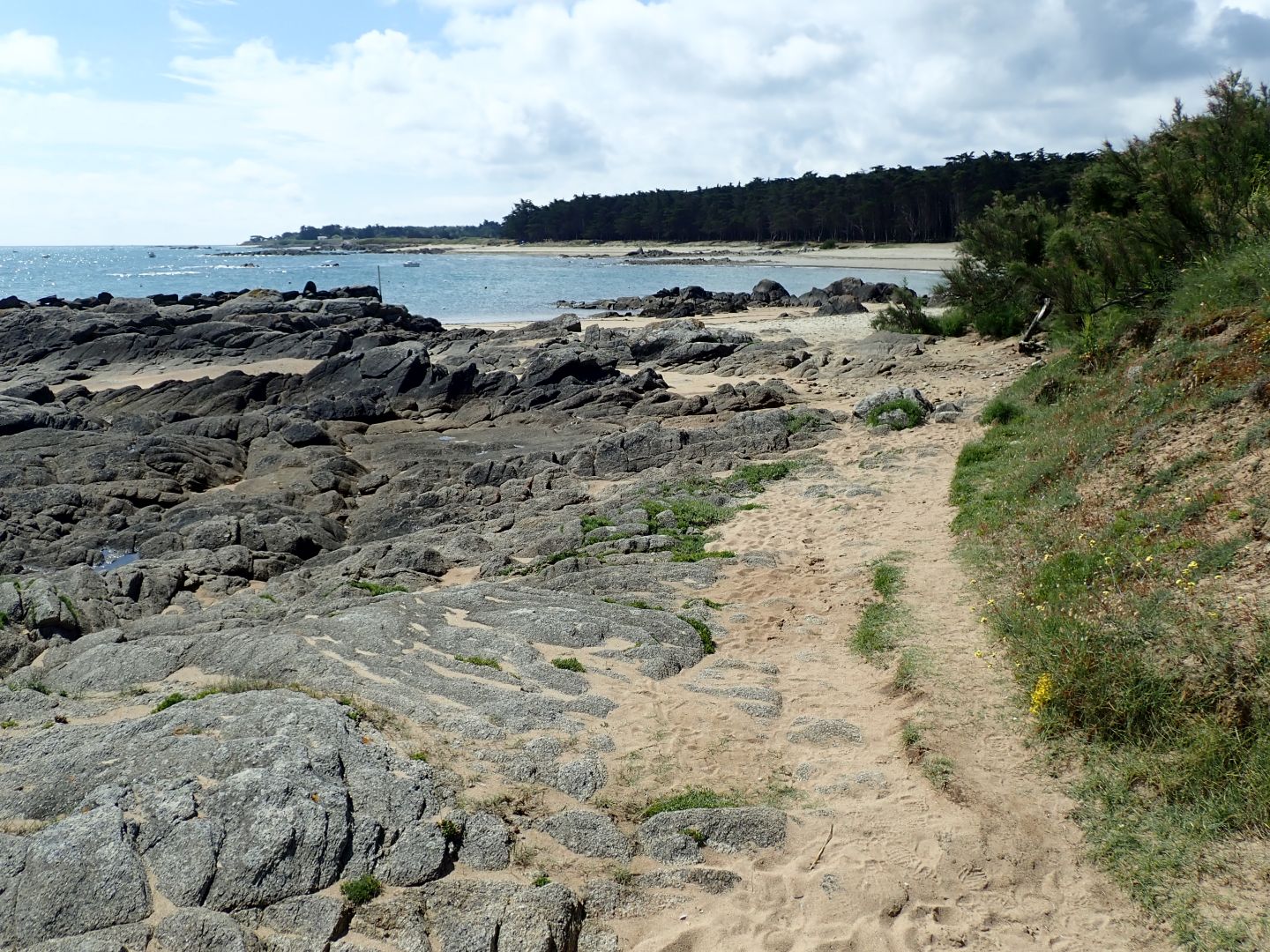 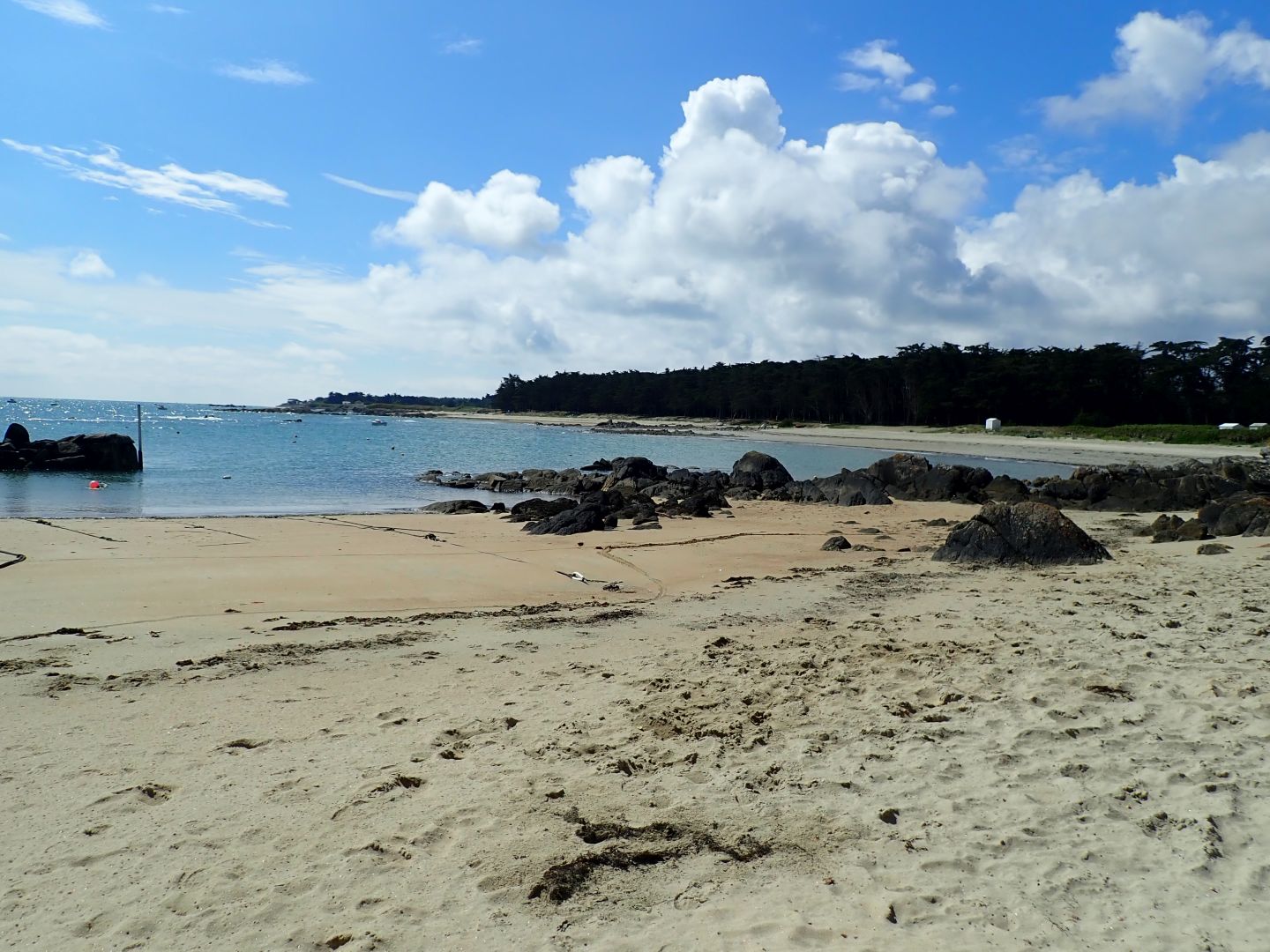 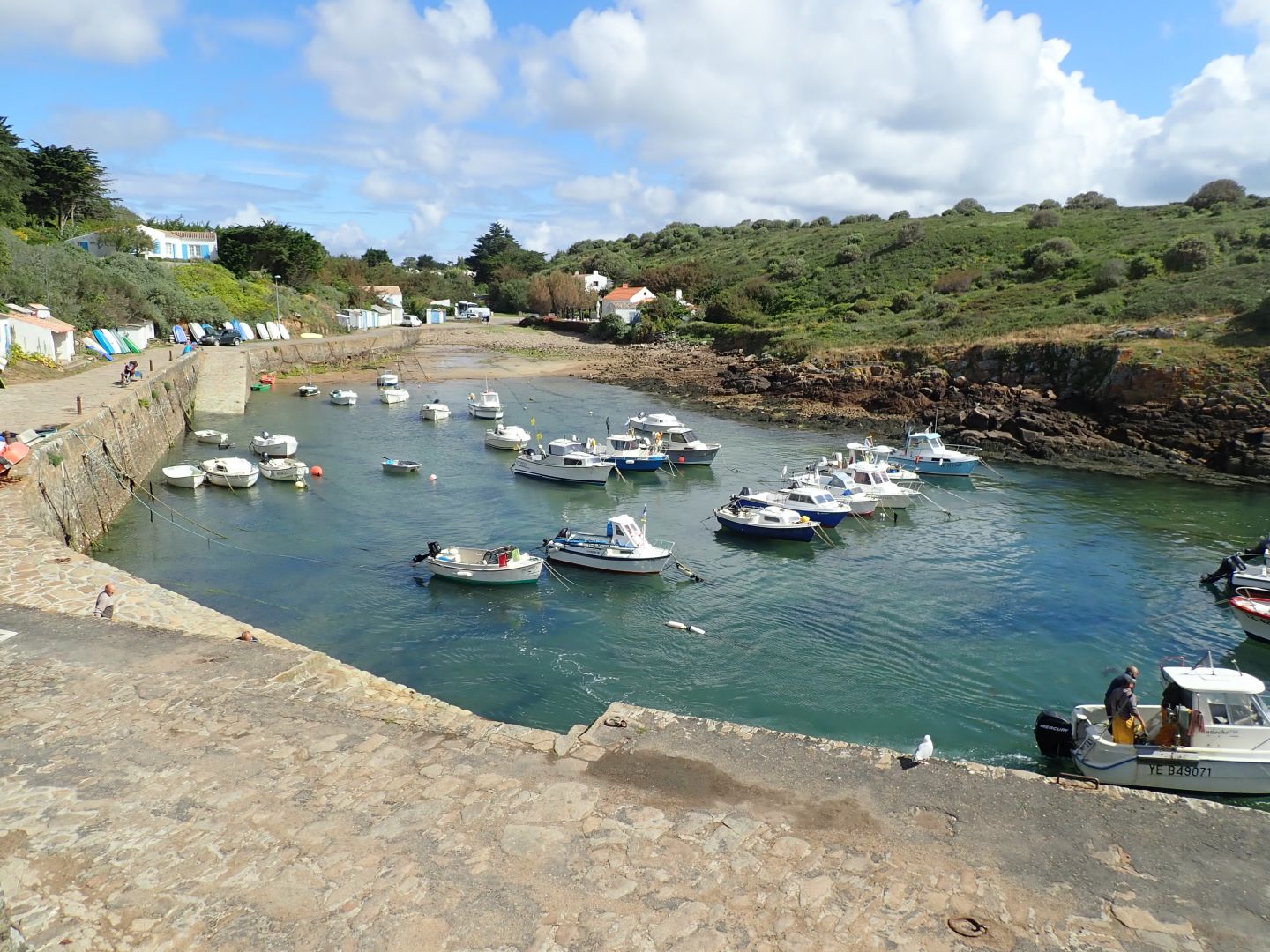 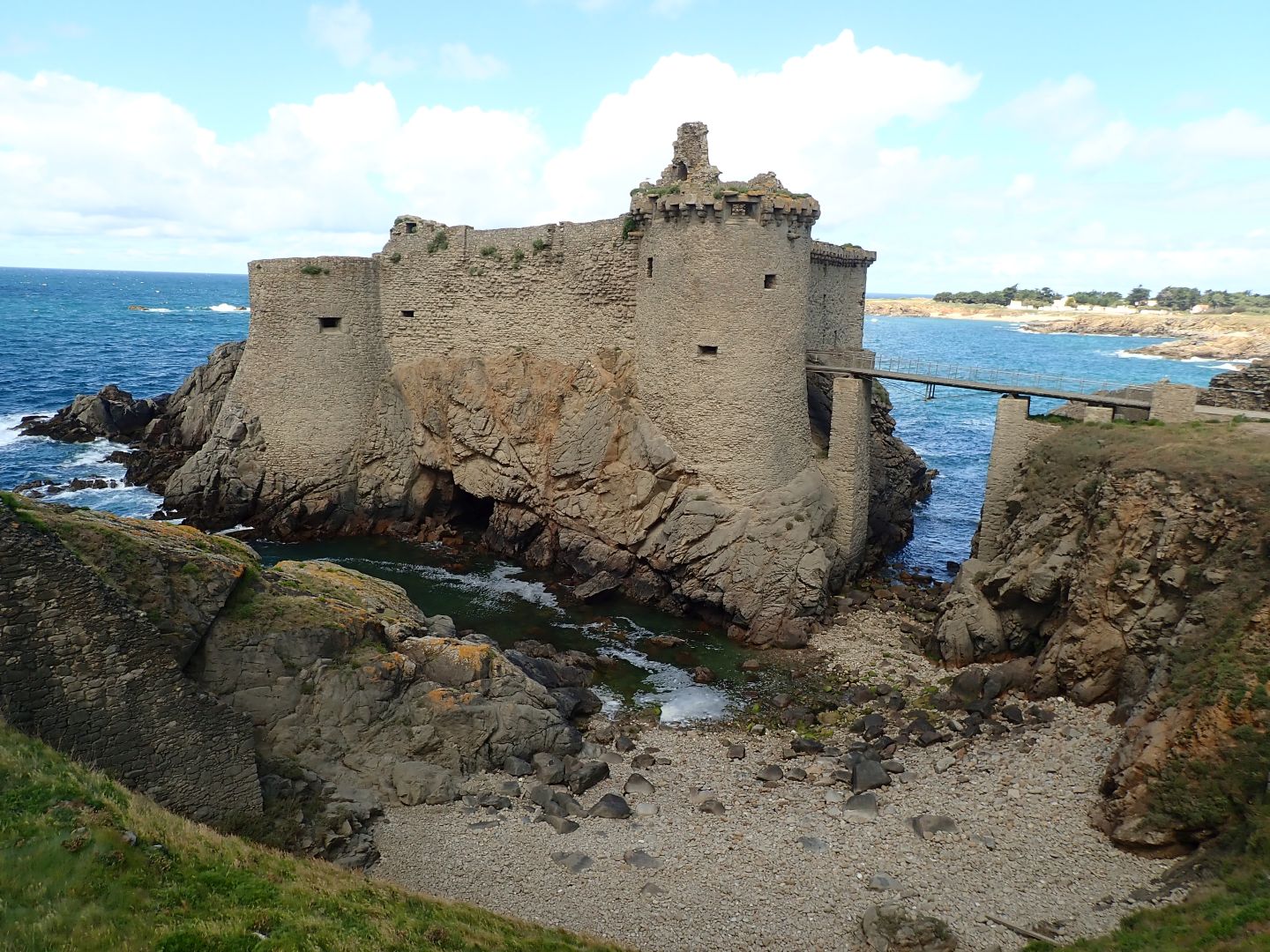 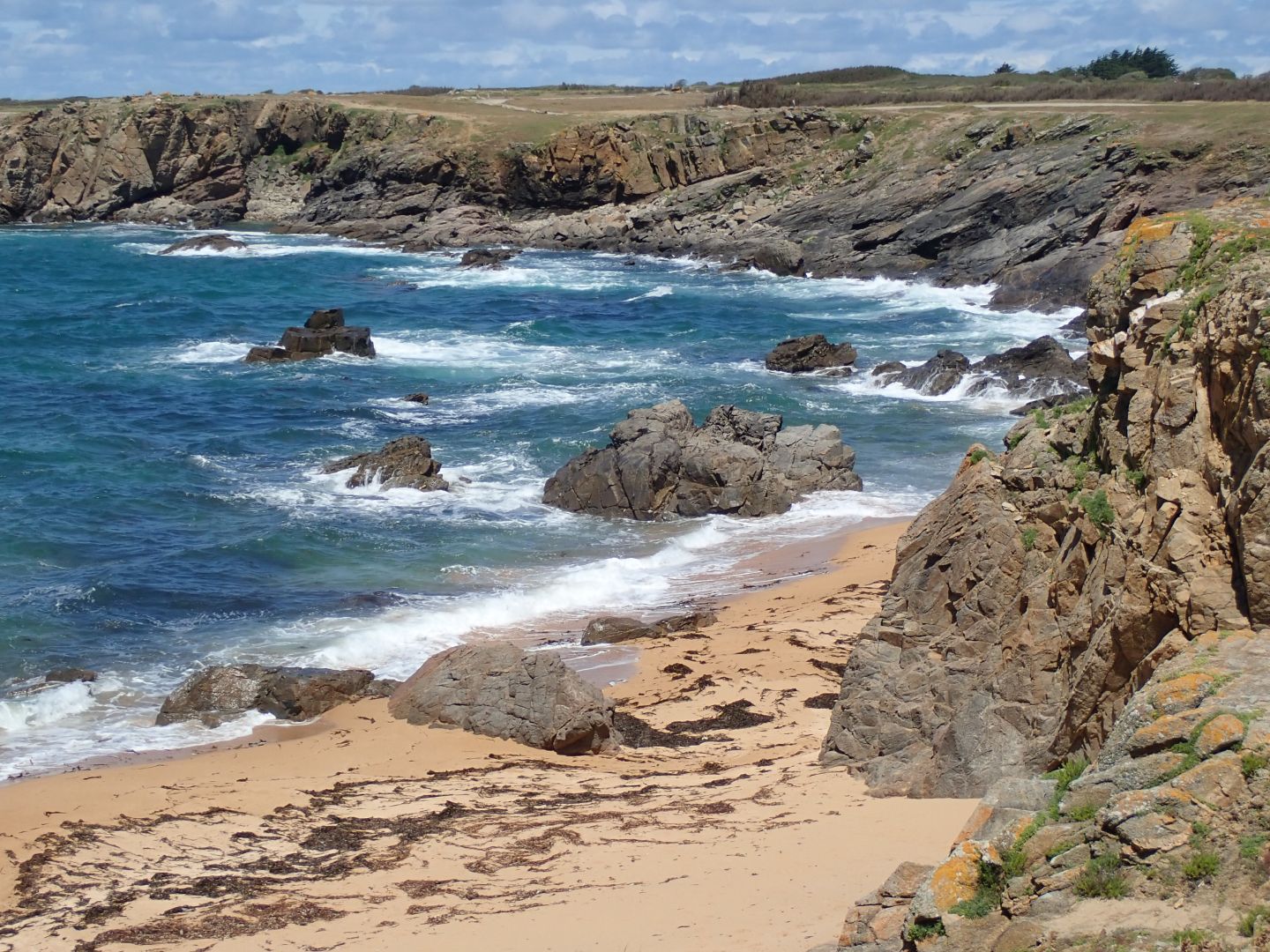 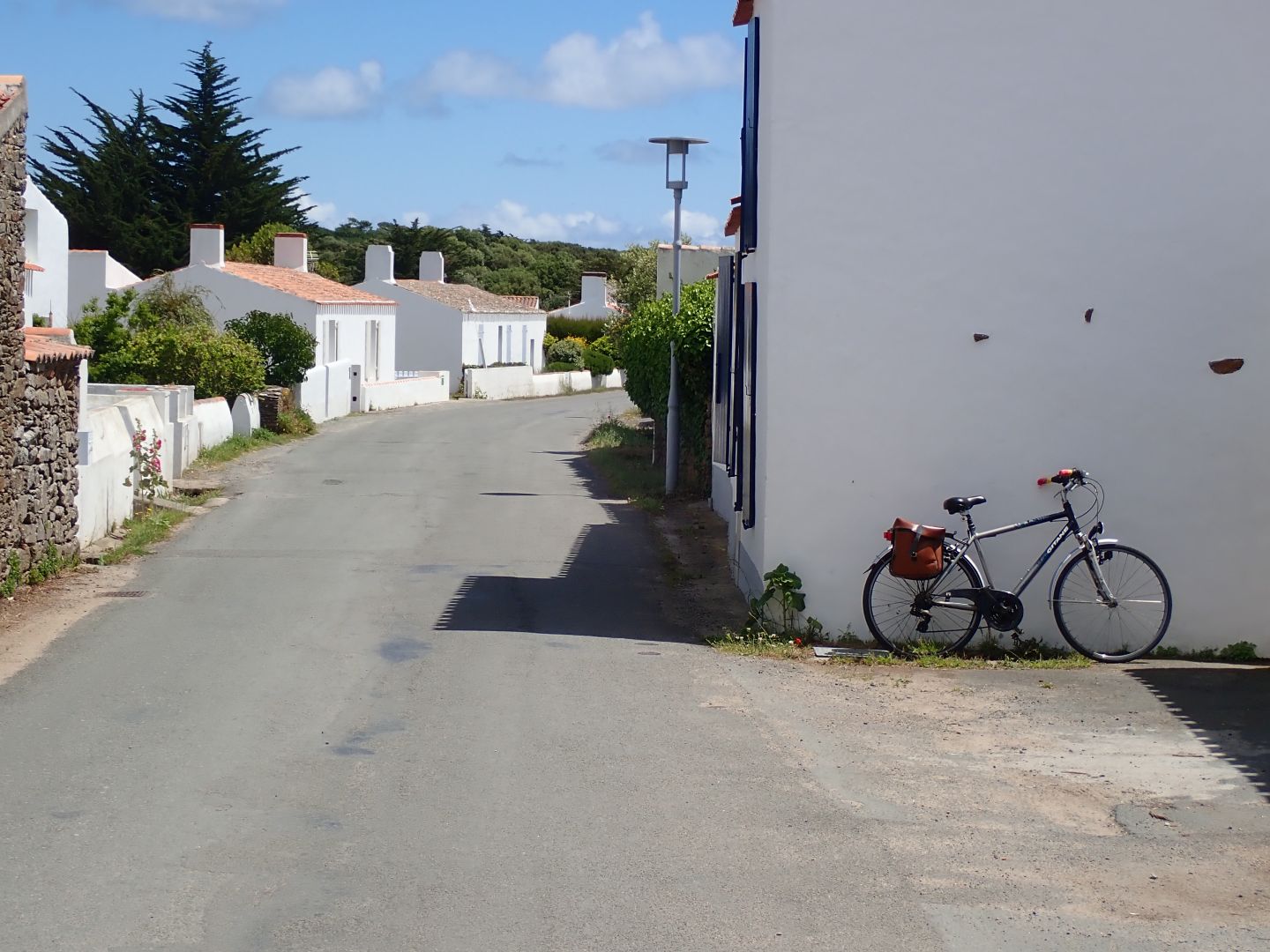 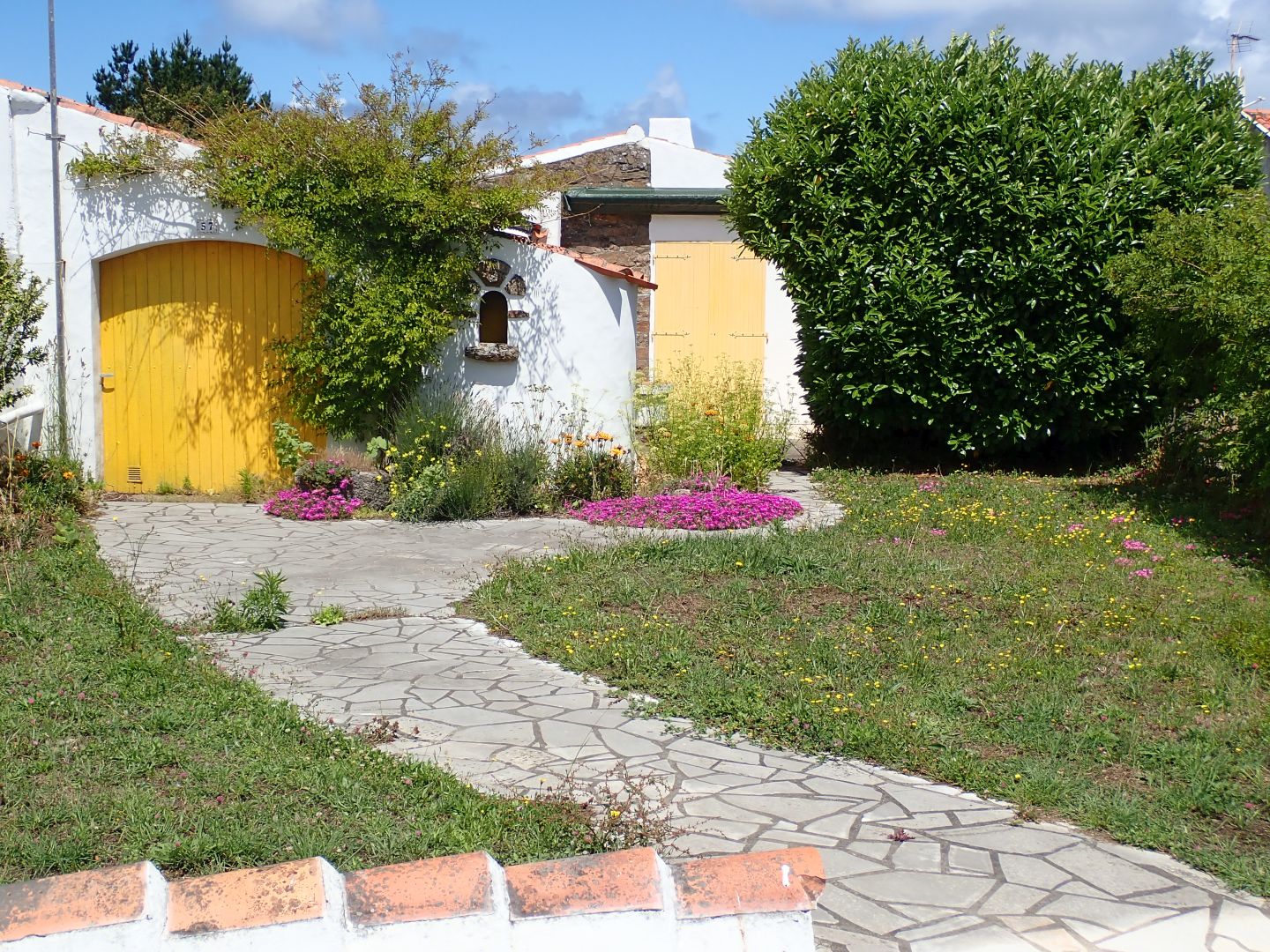 We arrived in Les Sables-d’Olonne Friday and this is a major sailing centre in France. The town is very proud of the Vendée Globe, a single-handed non-stop yacht race around the world without assistance. It is celebrated all around the town and in street names near our marina.

This Sunday (16th June) was the Ironman Triathalon, Competitors swam for 1.9 km, cycled for 90km and then ran for 21 km. The winners did this in under 4 hours. The slowest competitors took 8 hours but just finishing must be a real achievement. (We were tired after walking around town and watching.) 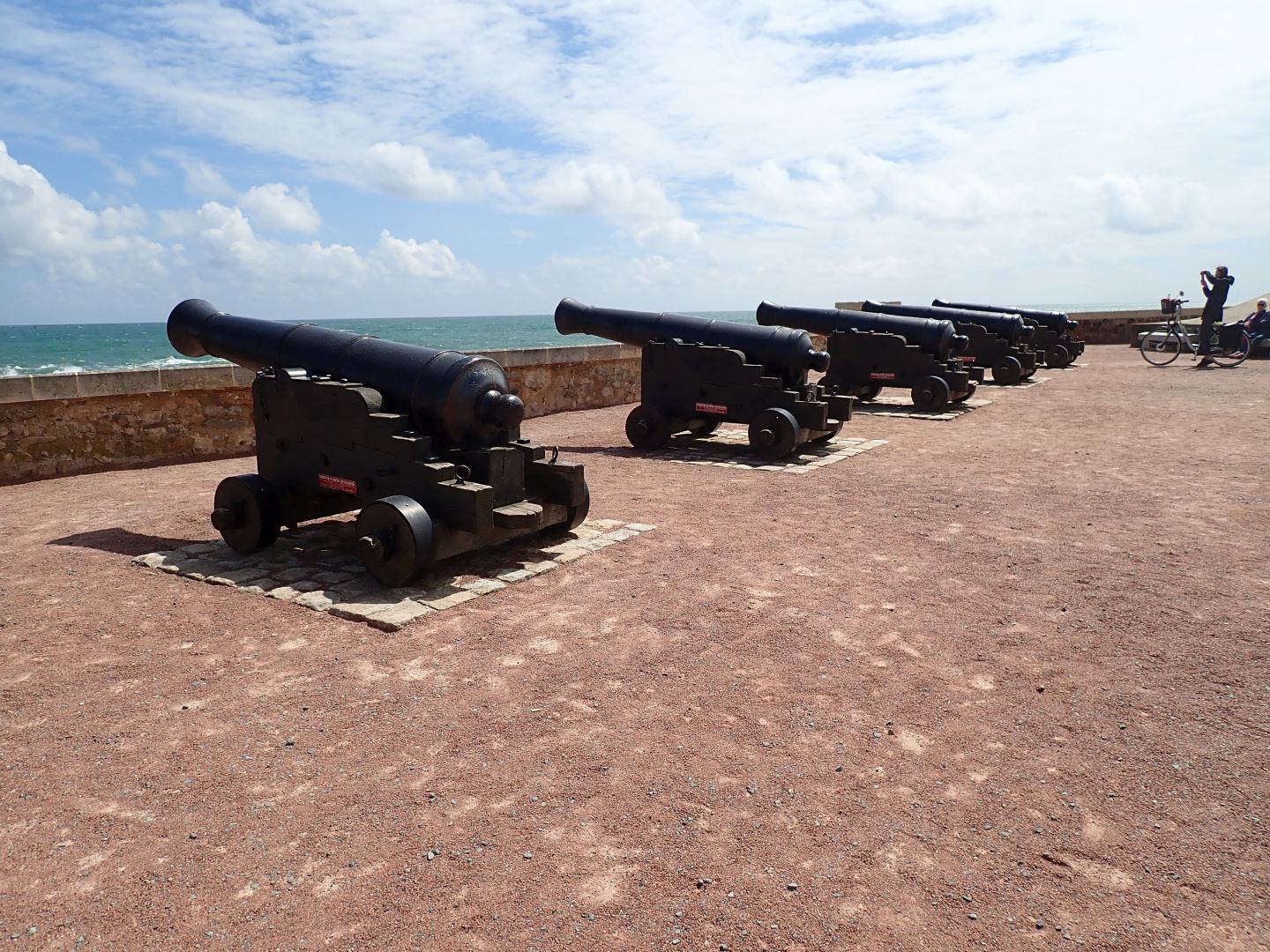 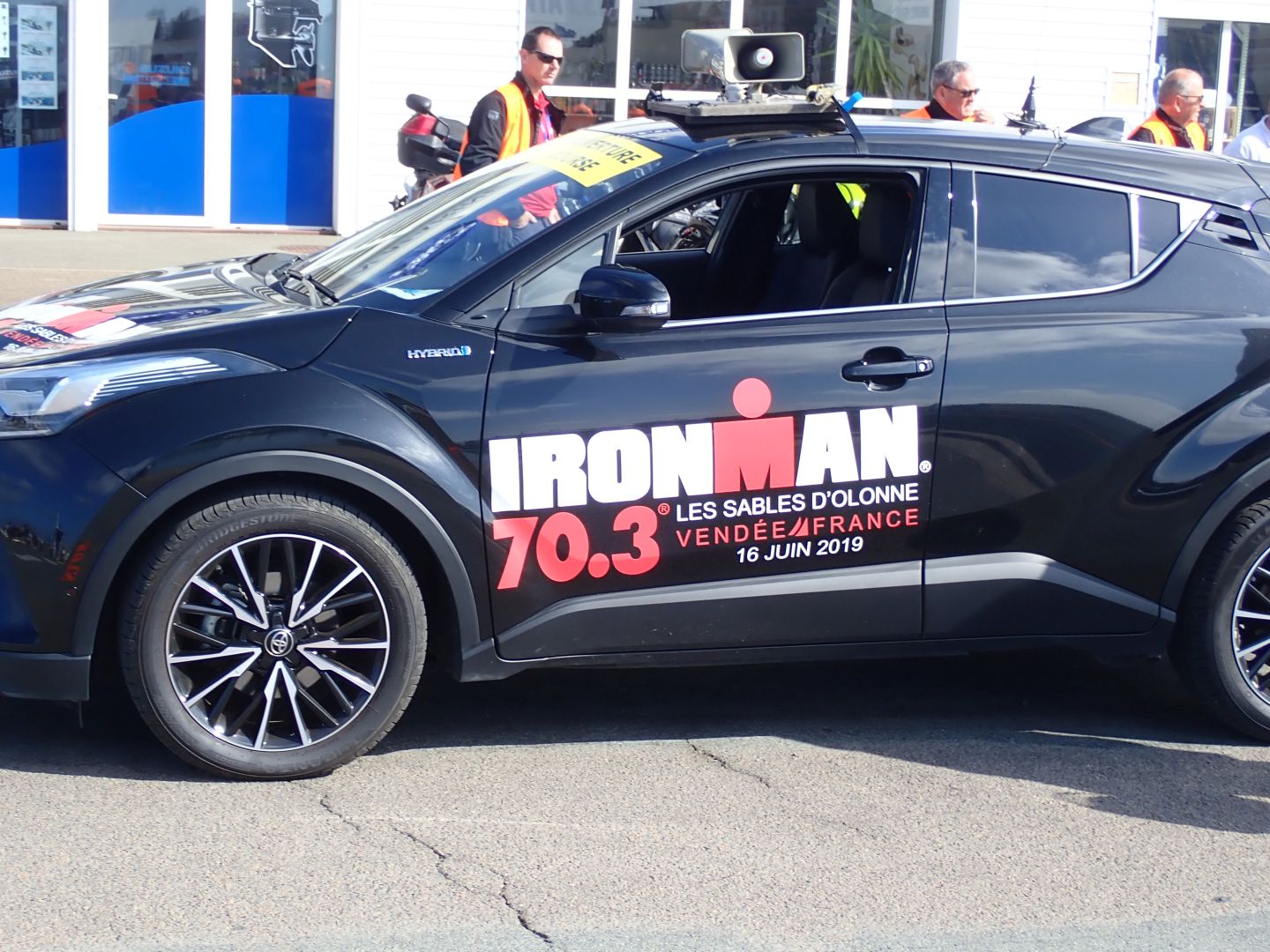 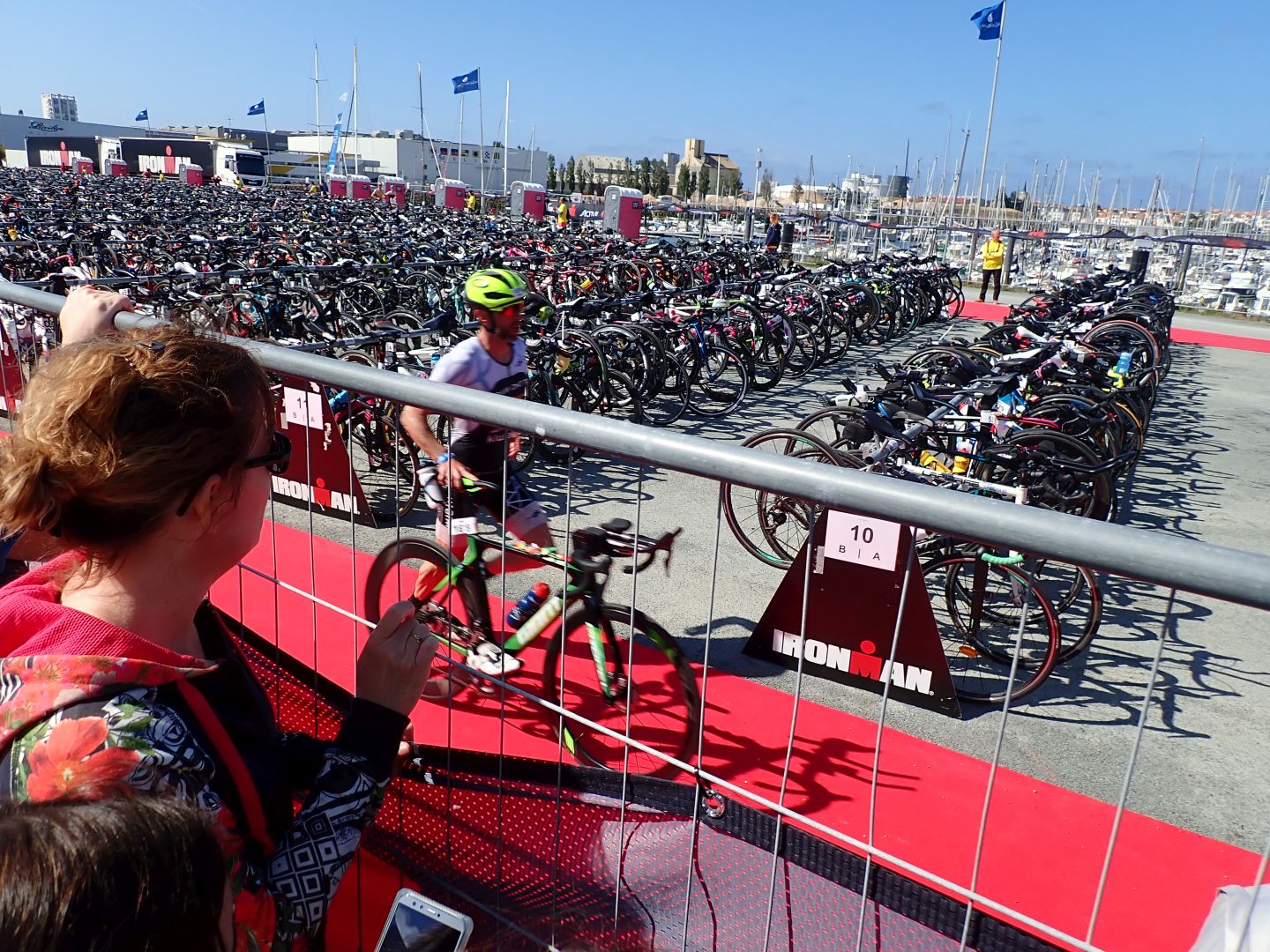 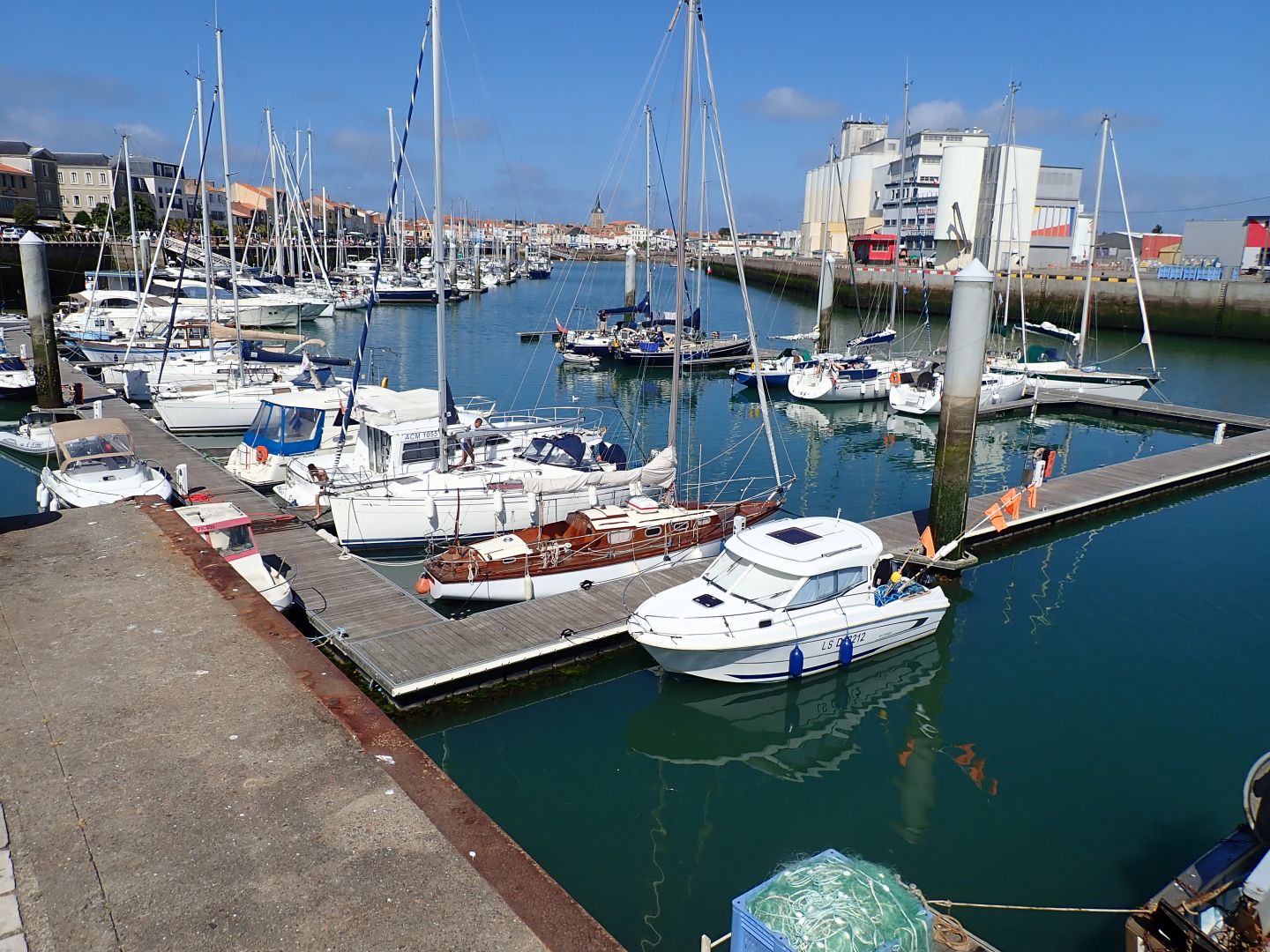 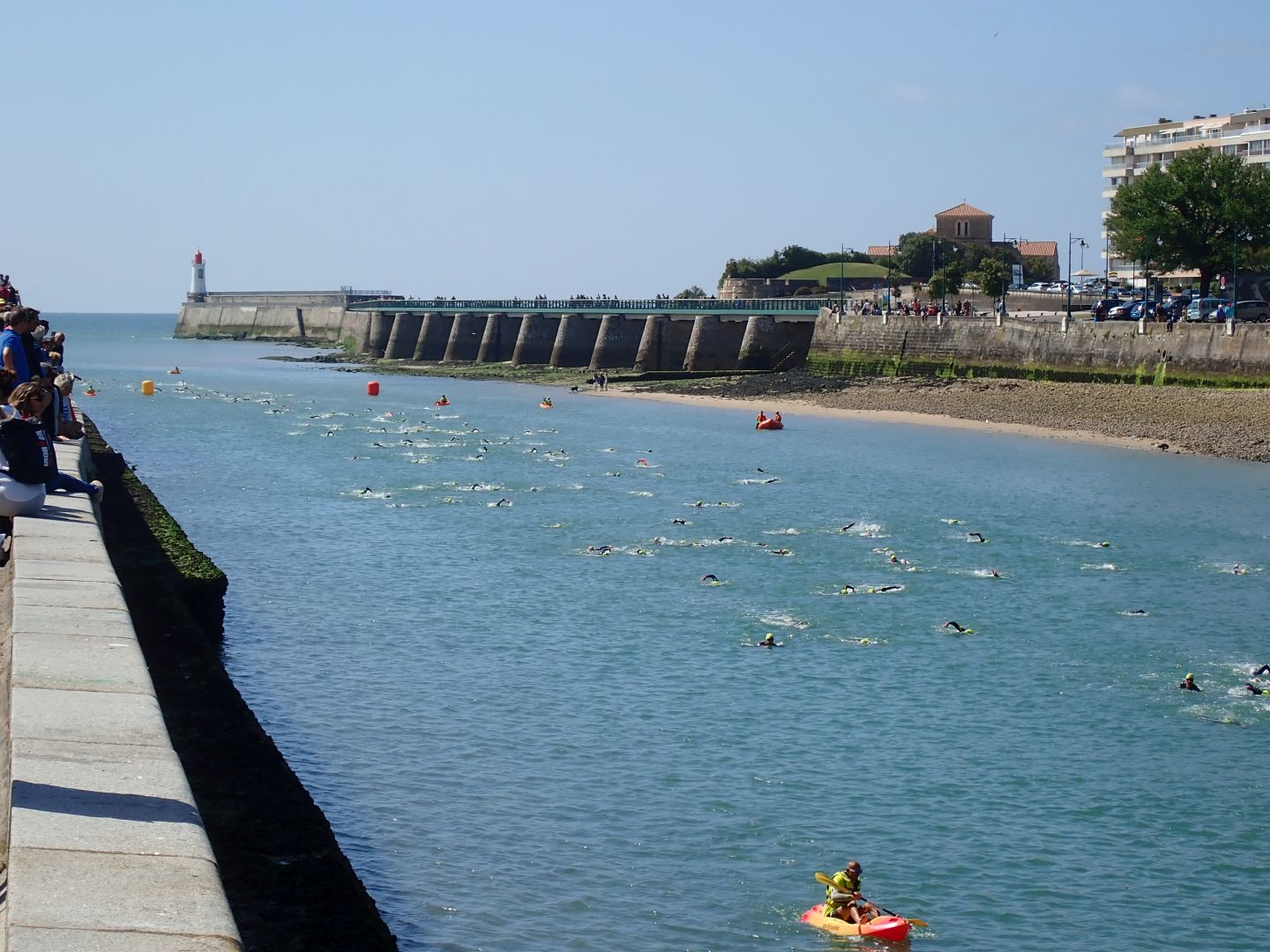 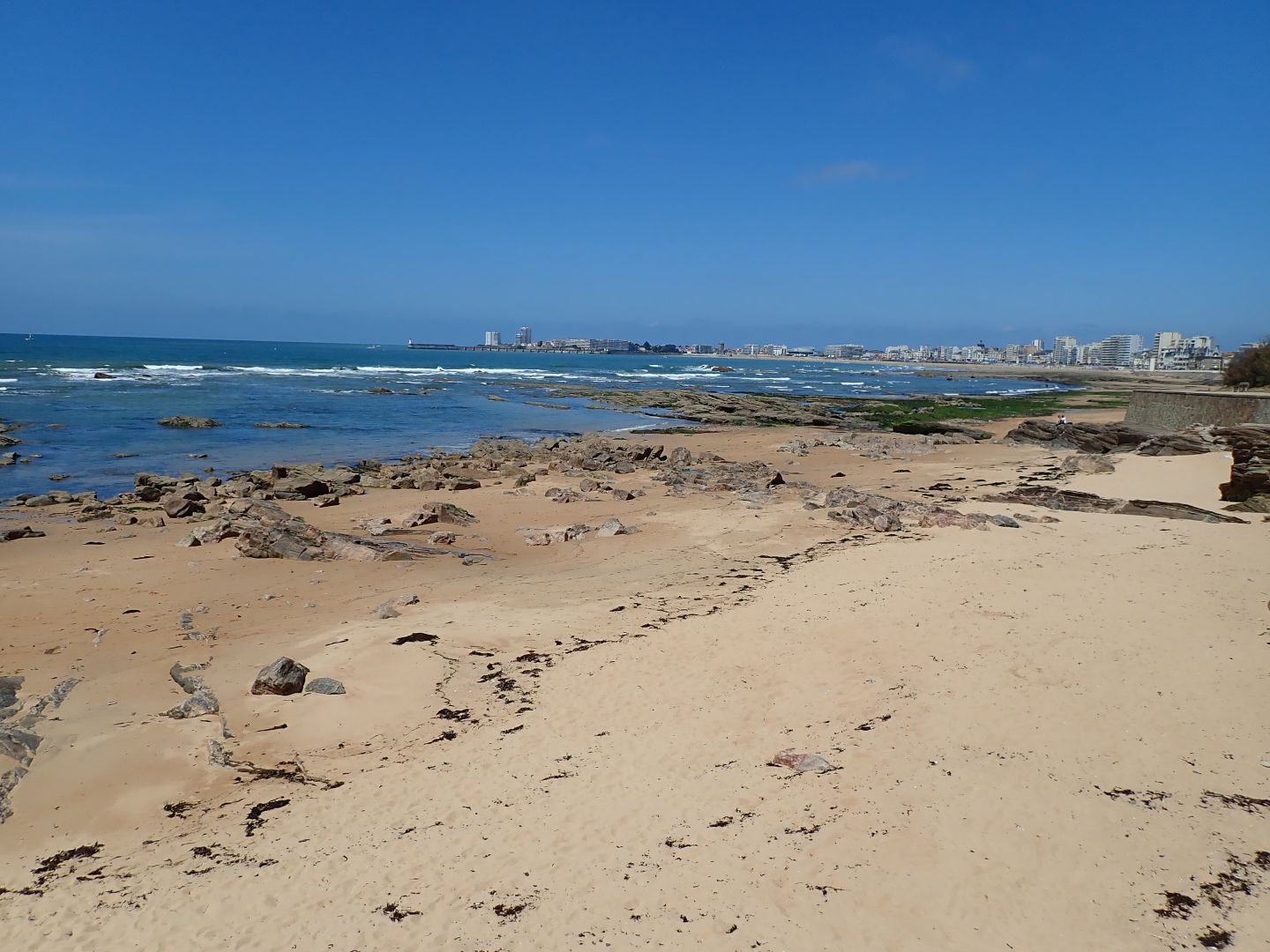 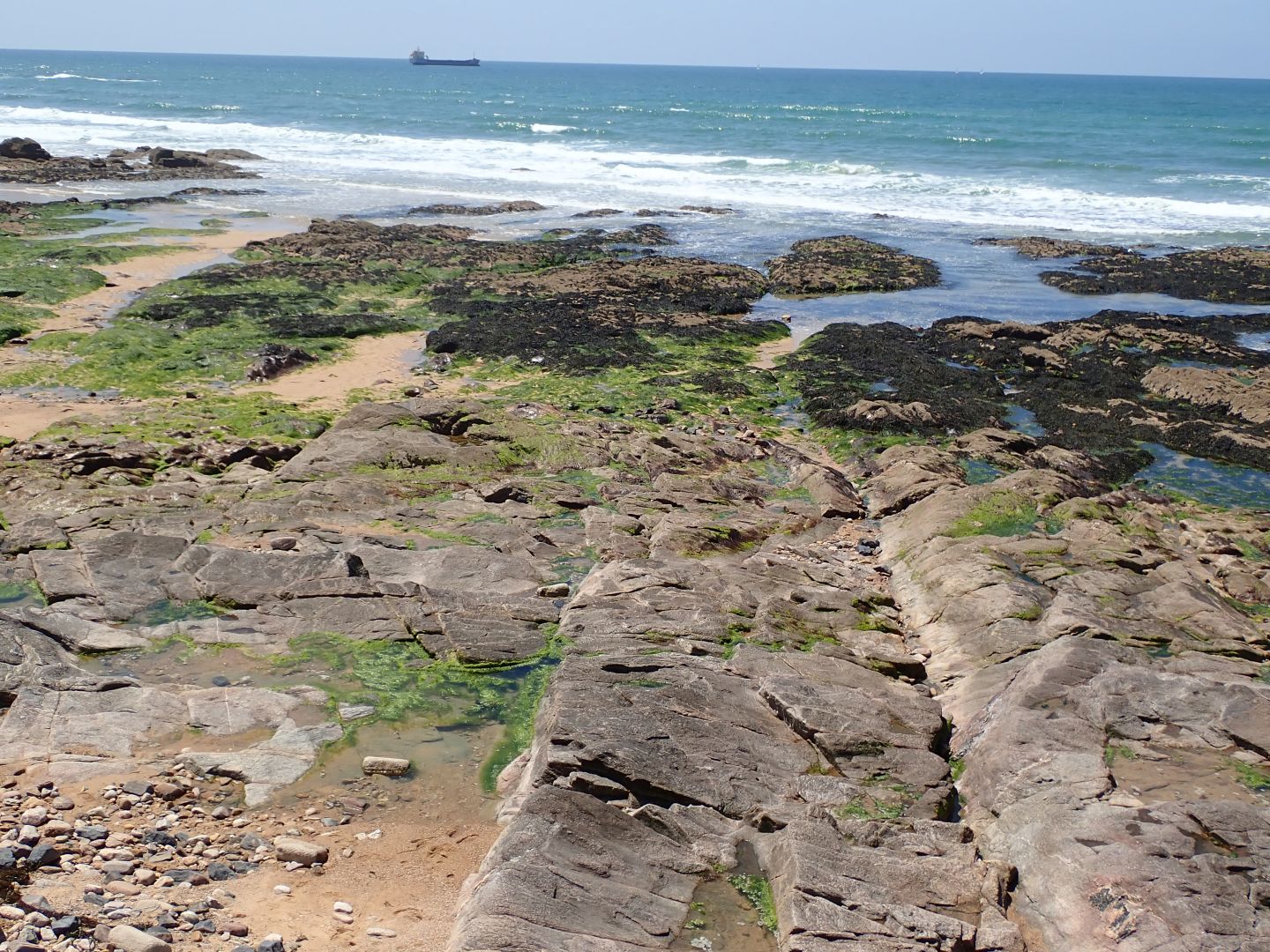 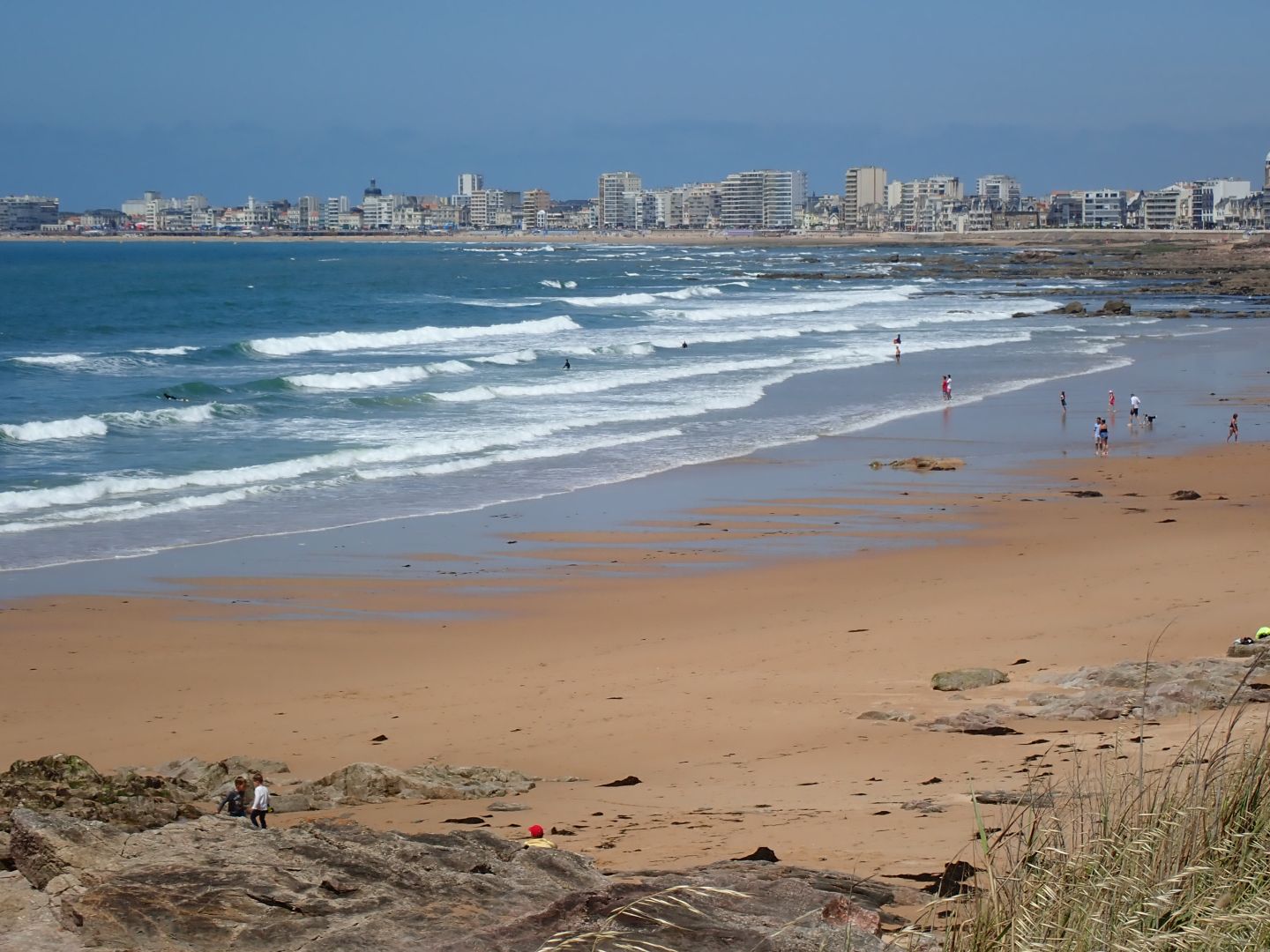 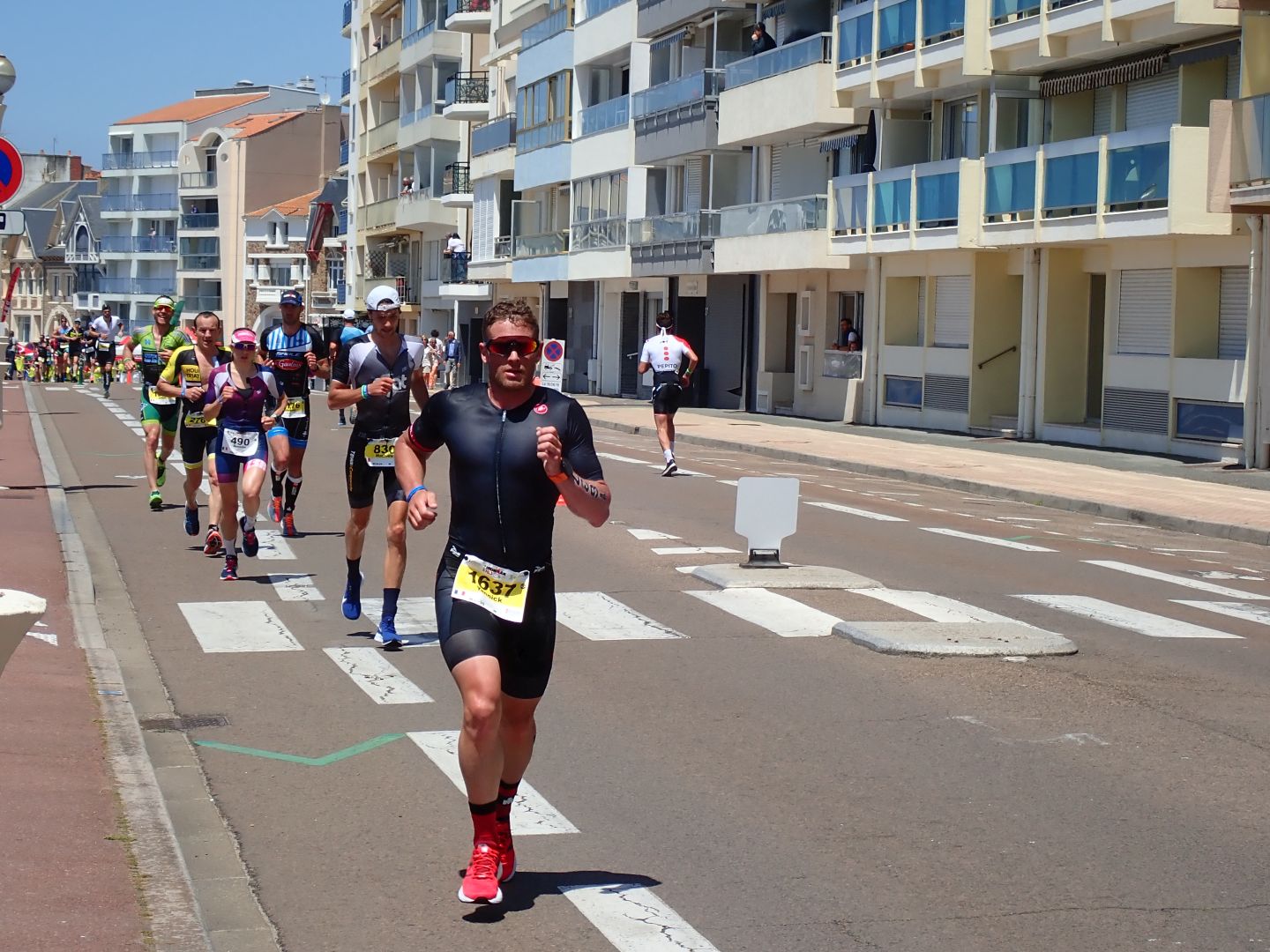 We will be here a while as we are waiting for an Amazon order to arrive ( Judith’s Kindle broke and Graham wants some new Pilot Guides for Spain and Portugal ). We are also catching up on a few items of boat maintenance and this is a good place for that. We had a gate wire fall off whilst in Ile D’Yeu and end up in the sea, we managed to get one made up here for 40 Euros. Graham also had to check our electricity system as we were tripping the supply on the pontoon. In the end, it turned out that the supply has reverse polarity so we needed an adaptor to correct this. Graham is also taking the opportunity to catch up with a few other tasks, the reefing lines are jamming so we are sorting this out and the winches all need a service.

One of the interesting things with the journey has been meeting up with fellow sailors as we make our way along the coast, we were even given a book on weather by a chap named Frank Singleton who we have seen in Roscoff, l’Aber Wrac’h, Ile D’Yeu and now Les Sables D’Olonna. Frank is a weather expert and had authored the book. He is 86 and still sailing his Hallberg Rassy. 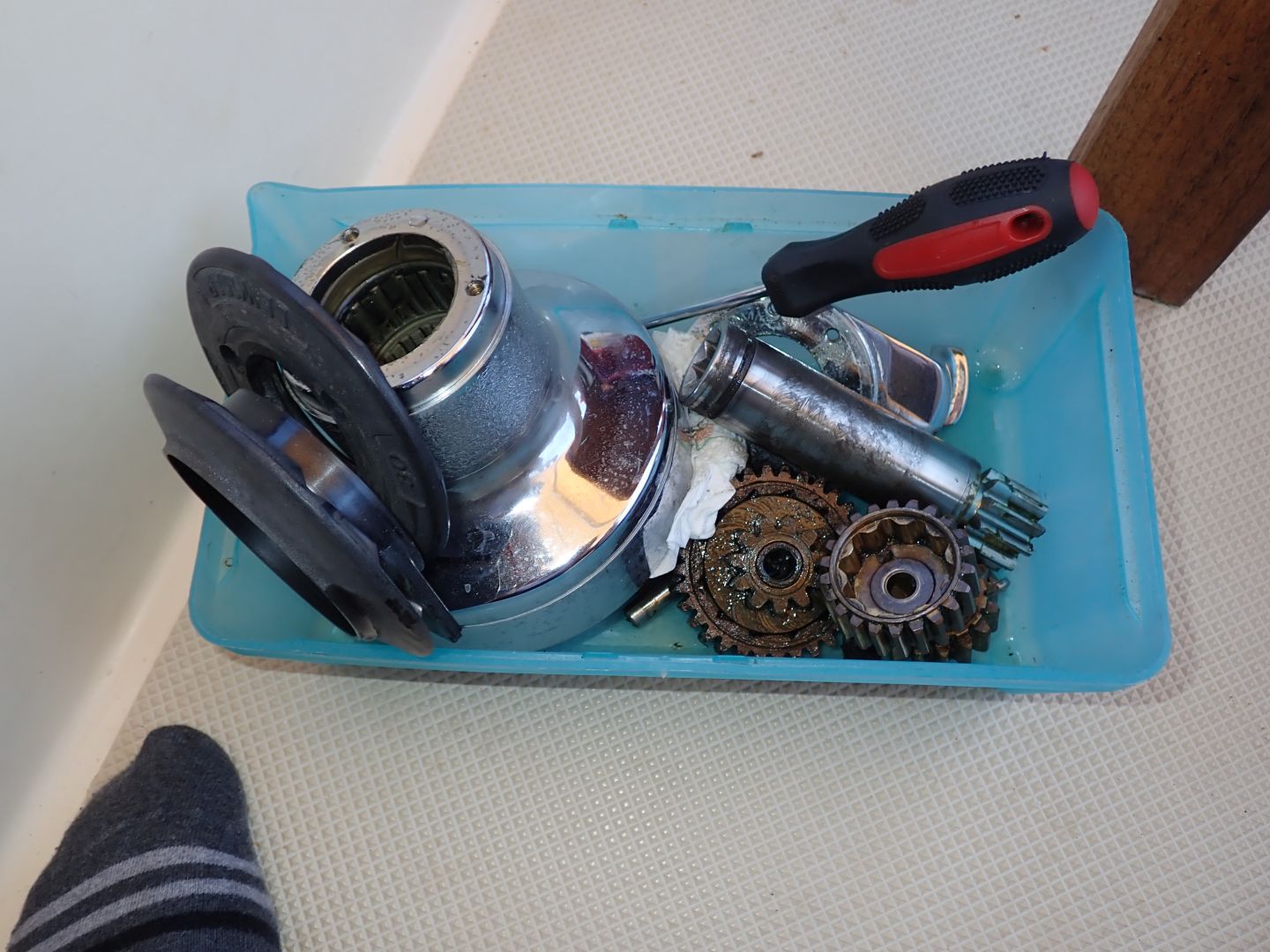 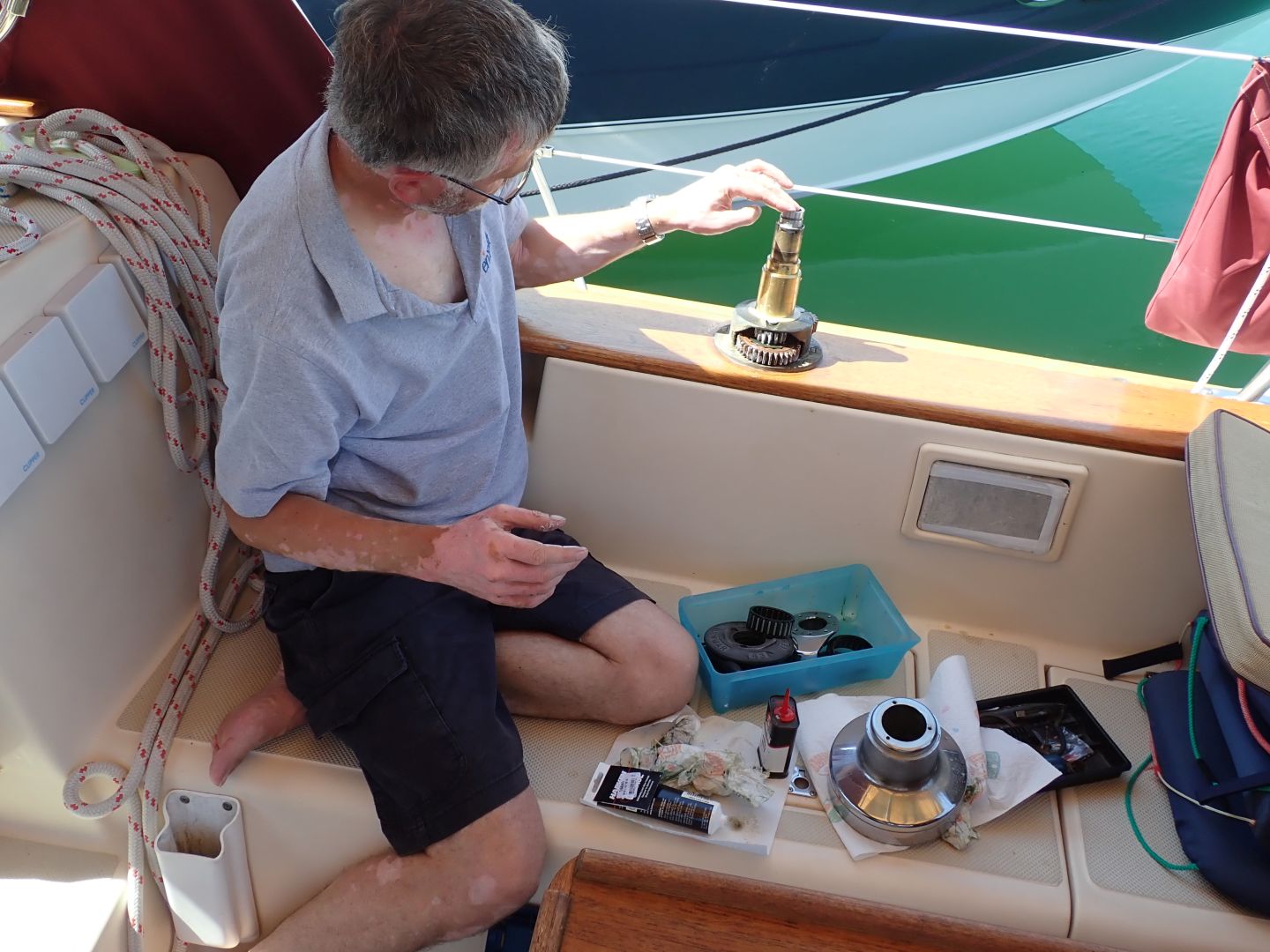